While watching tons of Netflix this October, I sat back and watched Bates Motel TV series, set in fictional White Pine Bay, Oregon, that first aired in 2013. The series deals with Norman Bates’ life before the movie Psycho, although set in a modern day context–though I thought I would hate it, I couldn’t stop watching it!

To begin with, obviously, Norman Bates (Frddie Highmore) and his mother Norma Bates (Vera Farmiga) have a strange, troubling relationship. They’re “lovers” and obsessed with each other. Throughout the series, we see them share a bed. Clearly, their relationship is straight out of the Greek Oedipus complex.

Moreover, these Bates Motel characters have a way of making you feel sympathy for them–even though they’re killers. In various seasons, Norma murders people threatening Norman; however, we feel bad for her because she’s a tortured, tormented soul . At the same time, Norman murders anyone threatening his mother; nonetheless, he’s mentally ill, which is excusable. Plus, Sheriff Alex Romero (Nestor Carbonnell), a misguided cop, tries to help town citizens but fails horribly by breaking laws and ethics. All these main characters come off as good people, but they’re all murderers. Furthermore, the Bates family has secrets. First, Norma murdered her first husband for the insurance money. Second, Norma has a son with her brother Caleb (Kenny Johnson). Third, Norman killed Norma and made it look like a suicide. This family has too many secrets, which just keep coming out of the woodwork.

While this series touches on family secrets, Bates Motel delves into the issue of incest. Obviously, Norma and Norman have an incestuous mother son relationship. Also, Norma and her brother have a child named Dylan (Max Thieriot), which is really messed up in itself. With almost as much incest as the Sister Wives TV series, Bates Motel examines the once taboo issue of incest.

As if family secrets weren’t bad enough, the town has a secret of it’s own–weed! Firstly, Bates Motel houses the town’ weed trimmers. Secondly, Dylan and his dad provide security for the town grow-op. Thirdly, the sheriff and all the town elites benefit from weed. Consequently, state marijuana laws are not enforced and the federal government never seems to prosecute.

In review, the Bates Motel television series injects new insights and understandings into the old Psycho; that is, while doing it in a modern day context, we learn about issues of mental illness, incest, grow-ops, and come to a contemporary understanding about Norman Bates’ Psycho–which is quite scary if you think of it. Anyways, I can’t wait for the final season to air! 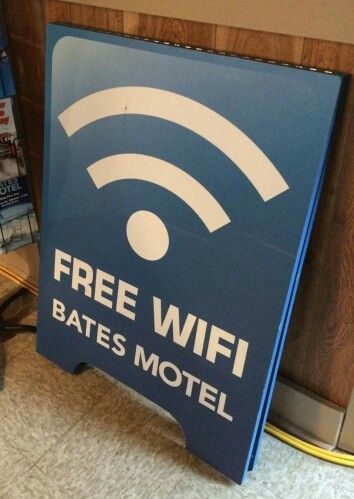