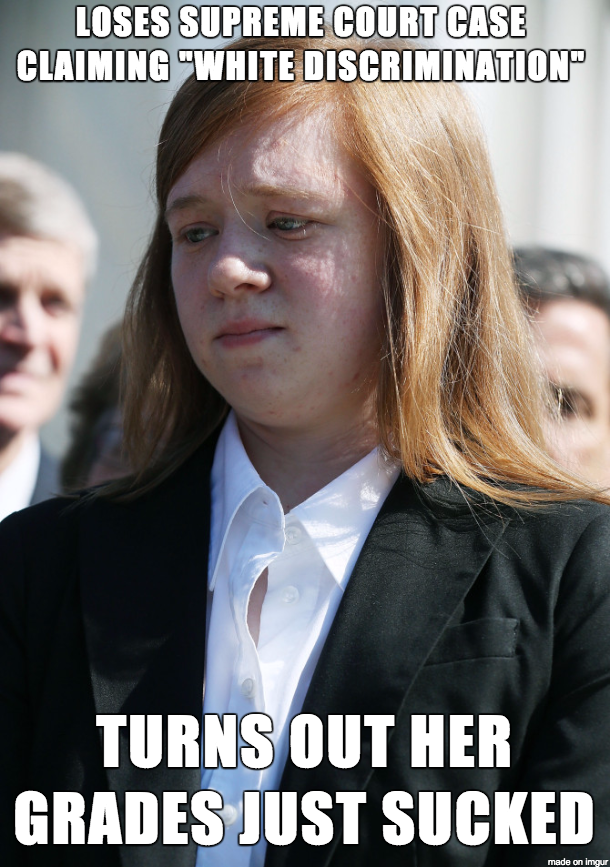 In the latest battle over Affirmative Action, Fisher v. University of Texas (2016) said race conscious admission programs are constitutional under the Due Process Clause of the 14 amendment.

These are the facts of Fisher. Abigail Fisher, a white female, was denied admission to the University of Texas; that is, she did not qualify for Texas’ Top Ten Percent plan, which would of allowed her to be admitted. She sued arguing discrimination under the 14 amendment. Initially, her injury was payment of an admission fee. The Supreme Court ruled the race-conscious admissions program is legal under the Equal Protection Clause.

In Fisher, the Supreme Court answered the following issue: Does the University of Texas’ use of race as a consideration violate the Equal Protection of the Fourteenth Amendment? The Court said no.

The holding of Fisher affirmed the race conscious admission program of the University of Texas. The program is lawful under the Equal Protection Clause. The Supreme court affirmed previous district court decisions.

Though not using racial quotas as forbidden in Regents of the University of California v. Bakke 1978, Fisher did use holistic review. Previously, the Supreme Court said no use of racial quotas. However, the Supreme Court said in Grutter v. Bollinger 2003 that race is allowed under holistic review, which permits race to be considered as one of many factors. 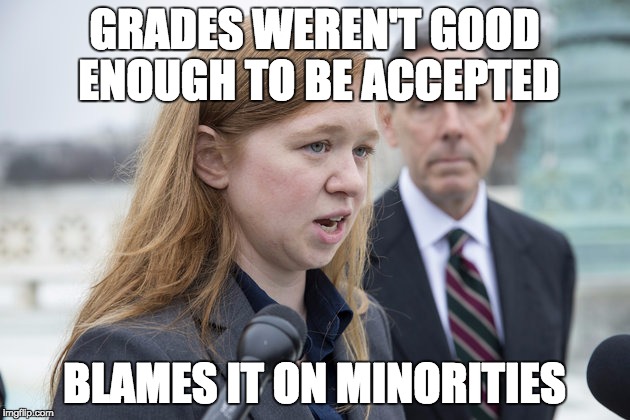