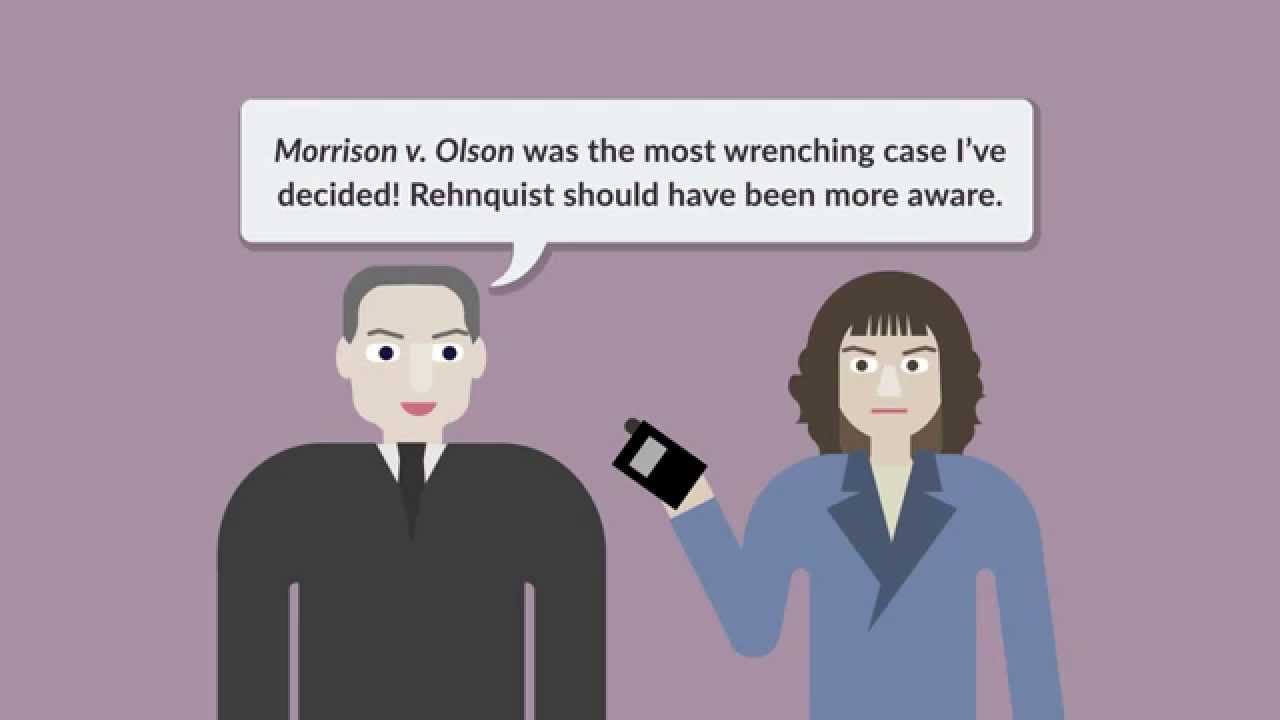 The facts of Morrison v. Olsen are simple. To begin, Morrison v. Olsen dealt with the ideal of a special independent prosecutor, Alexia Morrison, and the prosecution of Ted Olsen, USA Assistant Attorney General. Basically, the Ethics In Government Act 1979 established a new court, which allowed the AG to appoint an Independent Counsel to prosecute government officials.

The Supreme Court issued the following ruling: The Independent Counsel Act is constitutional, and it doesn’t increase the power of the judiciary or legislative branches over the executive.

At that time, Morrison v. Olsen established the following rule: The Supreme Court has the power to appoint prosecutorial officers like the Independent Special Prosecutor under the Ethics And Government Act.

Interestingly, Antonin Scalia had an important dissent about the separation of powers. Scalia stated: “This is what this suit is about. Power! Clad, so to speak, in sheep’s clothing. But this wolf comes as a wolf.” Indeed, Alexia Morrison had unlimited power with this ruling; therefore, she could go after anyone.

Contemporary, this ruling brings to mind the Foreign Intelligence Surveillance Act of 1978. (FISA) Here, the Chief Justice of Supreme Court issues subpoenas and warrants in secret. Essentially, this court acts as judge, jury, and executioner, which Madison’s Federalist 47 paper and Montesquieu said was the definition of tyranny. FISA is convened to investigate national security threats.

Coincidentally, Anne Gorsuch, former head of EPA, was linked to this case. In the case, she was mentioned to be involved in an EPA Superfund scandal. Also, she violated executive privilege. Eventually, she resigned and stepped down from her position as EPA head. Incidentally, her son, Neil Gorsuch, is nominated by President Donald Trump for Supreme Court Justice.

In the end, Congress did not renew the Ethic And Government Act, which was at issue in Morrison v. Olsen. Congress let the deadline to renew the act pass. Although there’s been talk of bringing it back, there will be no Special Counsel to investigate Hillary Clinton’s emails or President Donald Trump’s voting fraud allegations.