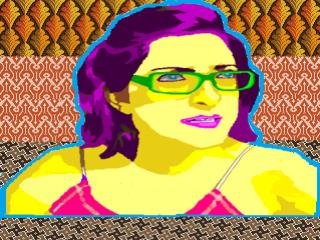 On Thursday, October 13, 2016, at 3 p.m, I took in SuperDestructobot’s cast on VaughnLive, which was about guns.

Apparently, SuperDestructobot believes Americans are careless with their guns insofar as she can see.

“There is not a lot of responsible people with guns,” she observed.

While Americans might not be safe with guns, she made a suggestion on gun safety.

“It would make more sense to engrave an id number on the bullet,” suggested SuperDestructobot.

Whatever the reasons are for gun safety, SuperDestructobot believes gun safety benefits everyone as most people do.

“People can get their guns and we can resolve a lot of murders. Its a win win,” declared SuperDestructobot.

Because gun safety is always good, she thinks guns should be registered.

“I don’t see a problem with having guns. They should be marked and registered,” said SuperDestructobot.

However, she believes people with mental health issues shouldn’t have guns since it could be dangerous.

“If you have mental issues you should not have a gun. She[Nancy Lanza] did not lock her guns up,” spoke SuperDestructobot. “She had a child with severe mental problems. She was very pro guns. If someone has a psychosis, you should of not put him near guns.” In this case, Nancy Lanza’s son, Adam Lanza, should never had a gun.

Furthermore, she sees a need for gun education because people lack common sense.

“So many people have little common sense now,” SuperDestructobot asserted. “Make them take an exam if they are not bright.” People aren’t smart about guns.

Moreover, she believes guns should be locked up.

“Lots of people should lock their guns up, but they put it in their handbag next to toddler who shoots someone. We all need to know these should be locked up,” warned SuperDestructobot.

While lack of gun training is a problem, she sees gangs and guns as another problem.

“Lots of these gangs that come from Central America get deported but they come right back in our country. Hello TSA! We have so many issues,” laughed SuperDestructobot.

Though gangs and guns are a problem, she sees the police policy “Stop and Frisk” as a problem.

“Stop and frisk does not work. It just induces more racism,” said SuperDestructobot.

Even though guns are always an interesting issue, eventually, SuperDestructo closed her show and clocked off; and I had a better ideal about guns in America!