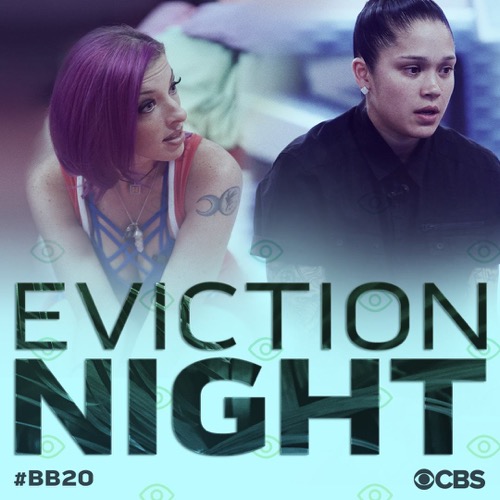 Since introducing the expression “Expect The Unexpected!” back in the day, CBS Big Brother episodes 22 and 23 continue to prove that point: Casey has become the secret hacker, the power app winner who can turn the nominations and game upside down.

This episode, Rockstar and Casey argue. Rockstar says, “Sure. It’s real cool getting thrown on the block,” while Casey said, “You good rock?”

As if arguing wasn’t enough, Casey lies directly to Rockstar’s face. Rockstar states, “Six other people in this house could of owned up. Six others!” However, Casey pleads, “Who you talking to? i did not win hacker. I did not win hacker. So don’t come f..king come at me.” Another bold face lie is told in episode 22.

In episode 22, we see the OTEV POV competition. Level Six and F.O.U.T.T.E square off. In the end, it comes down to Tyler and Rockstar; however, Rockstar has the wrong medicine and Tyler wins.

Tyler and Samantha have a talk in this episode. Tyler tries to work on trust with Samantha. To Samantha, Tyler represents a “rattlesnake”.

In regards to Angela, Tyler keeps his word. He takes Angela off the block. Instead, Haleigh adds Casey to the block.

Apparently, Rockstar is a pagan witch. When she entered the house, Rockstar brought spiritual items. Maybe, she can win with the help of those items.

During the eviction, Rockstar has some words of warning. Rockstar warns, “Angela, Casey, and Tyler… Who have meetings in front of us all… If you keep them…Three strong players together will knock each one of you out… And these are some competitve beautiful people that have formed.”

In a funny moment, Faysal broke the HOH sink. He was talking to Haleigh. He leaned over and the sink broke.

Finally, Rockstar is evicted. She was evicted by a 5 to 1 vote. Rockstar is headed to the jury house.

Once again, the Level Six alliance remains strong. Throughout episodes 22 and 23, the alliance got stronger: It evicted Rockstar. Now, the F.O.U.T.T.E has alliance has two remaining members: Haleigh and Faysal.

In conclusion, we saw more drama and another eviction in these two episodes. Moreover, Level Six remains dominant. That being said, Tyler remains a strong player after winning another POV.