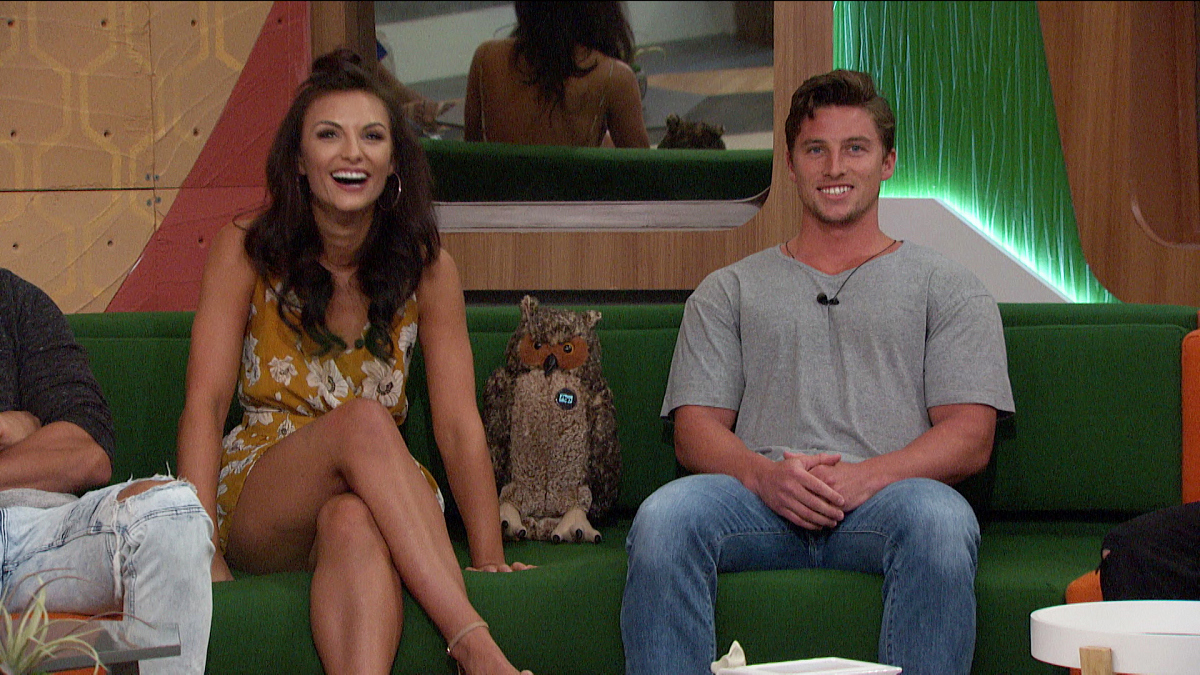 Here’s the rundown on CBS Big Brother 20, particularly episode 16 that aired Thursday. Basically, Tyler remains in control. Also, players learn who has the Power App. Finally, Brett and Rachel have been put on the block.

In the house, Bayleigh works with Rachel, the floater that makes no move in the game. First, Bayleigh puts Rachel on the block in hopes of keeping her safe. Next, Bayleigh wants Rachel’s loyalty by putting her on the block. Bayleigh and Rachel start the partnership.

Additionally, Tyler contines to work the house. He feeds Bayleigh lines like breakfast cereal. However, if he wins POV, he plans to take Brett or Rachel off the block to keep Level Six alliance intact. Tyler sets his plans into motion.

When it comes to the players, Bayleigh wonders who has the last Power App. She asks Tyler if he has the power. However, Tyler remains closed lipped about his Cloud Power App.

Overall, Bayleigh continues to be annoying in the game. She accusing people of putting her in a corner. Moreover, she threatens to lose it. That being said, nobody put her in the corner but herself.

Meanwhile, the bird returns to see KC, the midget that everyone loves in the game. Now, KC names the bird Kaillyn. When the bird left, it pooped, which was it’s message.

Through this episode, Bayleigh has no clue about the Level Six alliance. Further, Bayleigh thinks Tyler will keep nominations the same if he wins POV. However, he plans to take Brett off the block.

Further, Tyler feeds Bayleigh more lines. Tyler paints a target on Scotty by saying they’re best friend. Hopefully, this leads to Scotty being put up when Brett is taken off the block.

Strangly, Rachel bad mouths Tyler when speaking to Angela, the fitness expert that is in the Level Six alliance. Also, Rachel tells Angela that Tyler wants her on the block. Plus, Rachel calls Tyler a “snake”.

Whatever the case, Angela has no reason to suspect Tyler of being a snake. She reasons Tyler wouldn’t “go out of nowhere” just to target her. She thinks Rachel is full of crap.

Since Rachel’s been bad mouthing, Tyler needs to do damage control with Angela. However, he needs to do it without Rachel around. Tyler realizes Rachel twists things.

Because of being nominated, Rachel is freaking out. Now, she’s twisting everyone’s words. She’s acting crazy.

In a desperate attempt to gain favors, Rachel tells Bayleigh’s secret: Bayleigh has the Power App. She has the power to switch nominations during next week. Now, Tyler and Angela know.

As a result of this new info from Rachel, Tyler is forced to changed his plans when he learns about Bayleigh’s Power App. Now, Tyler can’t take Brett off the block because he can become next week’s nomination. Cautiously, he plays along with Bayleigh.

While remaining low key, Tyler has pacified Bayleigh. Now, she is happy since the Tyler left her nominations intact. Moreover, Bayleigh thinks Brett is going home.

In summary, Tyler makes moves while Bayleigh remains in the dark. Also, players learn about Bayleigh’s Power App. Finally, Brett and Rachel are on the block.