Now, who doesn’t love X-Men Legends video game. This game lets you choose your X-Men character. Moreover, it’s an action role-playing game. It has plenty of great missions, too.

That being said, Mystique’s my favorite character. In this game, she can shape changer like in the movies. Additionally, she has the best set of guns. Those ivory handled guns make you want to blast your way through the enemies.

X-Men Legends has a great soundtrack. On the Morlock level, the track “Morlock Tunnels 2” is a fast paced song. Further, It loops and will get you hyped to battle Morlocks; consequently, these cuts make battling in sewers fun. Rik Schaffer composed the music for this game.

If you’re into fast paced action games and X-Men comics, this is your game. It has all the great characters from the X-Men franchise. Also, the music alone is great. 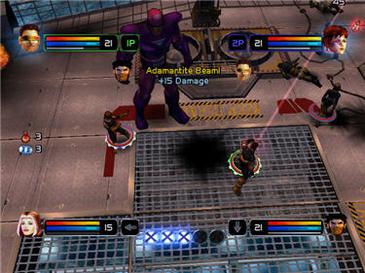