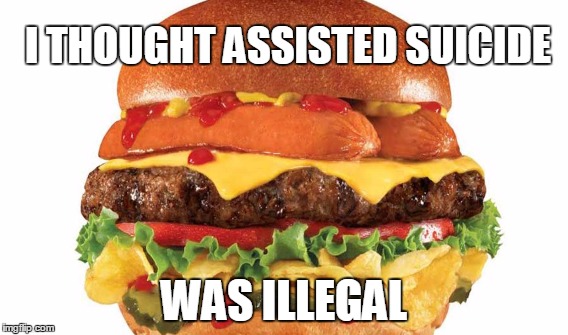 When it comes to assisted suicide, Washington v. Glucksberg (1997) said the Due Process Clause does not protect the right to assistance in committing suicide.

This case presented the following issue to the the US Supreme Court: Did the Washington law banning assisted suicide violate the Fourteenth Amendment’s Due Process Clause by denying competent terminally ill patients the liberty to death?

The Supreme Court established this rule: The ‘liberty’ protected by the Due Process Clause of the Constitution doesn’t include assisted suicide.

In 2015, Chief Justice John Roberts cast doubt on the future of the Deeply Rooted Traditions Test in Obergefell v. Hodges (2015). He said, “Perhaps recognizing how little support it can derive from precedent, the majority goes out of its way to jettison the ‘careful’ approach to implied fundamental rights taken by this Court in Glucksberg. It is revealing that the majority’s position requires it to effectively overrule Glucksberg, the leading modern case setting the bounds of substantive due process.” In Obergefell, the Supreme Court abandoned the Deeply Rooted Tradition Test in favor of finding a liberty interest in gay marriage.

Overall, this case had various impacts throughout the United States. First, this case said doctors can’t perform assisted suicide in the US. Second, the Supreme Court stayed consistent with thousands of years of tradition by banning assisted suicide. Third, Dr. Jack Kevorkian, an assisted suicide doctor, was charged with second-degree murder.