When it comes to Equal Protection and Due Process rights of the Constitution, Ziglar v. Abbasi (2017) said Muslims cannot be awarded monetary damages for having their rights violated by Executive Officers after the 911 New York bombings.

This case is made up of disturbing facts. To begin, this case involves a group of Muslims with non-US citizen status. They were detained after the 911 bombing at the Metropolitan Detention Center in Brooklyn, New York, under pretext of immigration violations. The Center For Constitutional Rights, on behalf of the Muslim group, filed suit against Attorney General John Ashcroft, FBI director Robert Mueller, former INS Commissioner James Ziglar, and employees of the MDC for monetary damages. Basically, the Muslim group weren’t allowed access to attorneys, families, and friends. They were not allowed to practice their religions. Furthermore, their Fourth Amendment rights were violated. Further, they weren’t told why they were being held or how they became “of interest” to the authorities. In the end, the U.S. Court of Appeals for the Second Circuit dismissed the length of confinement claims of the Muslim group; moreover, the Court remanded the conditions of confinement claims and allowed the plaintiffs to amend their complaint.

Here’s the issue before the Supreme Court: How broadly should “context” be defined when holding a government official responsible for violating the constitution in regards to a “new context”? And do these government officials have qualified immunity?

Here’s the holding of this case: The standard in the Bevins case shouldn’t be extended to the group of Muslims in regards to the formal policy adopted by the Executive officials after the 911 bombing in New York city. Judgment is reversed in part and vacated and remanded in part.

Often, this case is referred as another Bevins case. In those cases, hundreds of Arabs and Muslims were seeking damages against federal officials for detentions after 911. With incidents like this happening throughout the War On Terrorism era, the issue of the government detaining people indefinitely is a live issue.

Additionally, this case resembles Ashcroft v. Iqbal. That case said: “A complaint must allege sufficient facts to be plausible on its face and to allow a court to draw the reasonable inference that the defendant is liable for the claimed conduct.” Ashcroft was a civil procedure case, which was cited in Ziglar.

In the end, this case continues in the courts. Some of the claims of this case are still being addressed before the courts. And the government continues to detain people indefinitely. 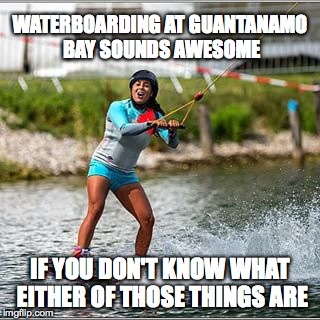