Guess What Just Came Down For Christmas! 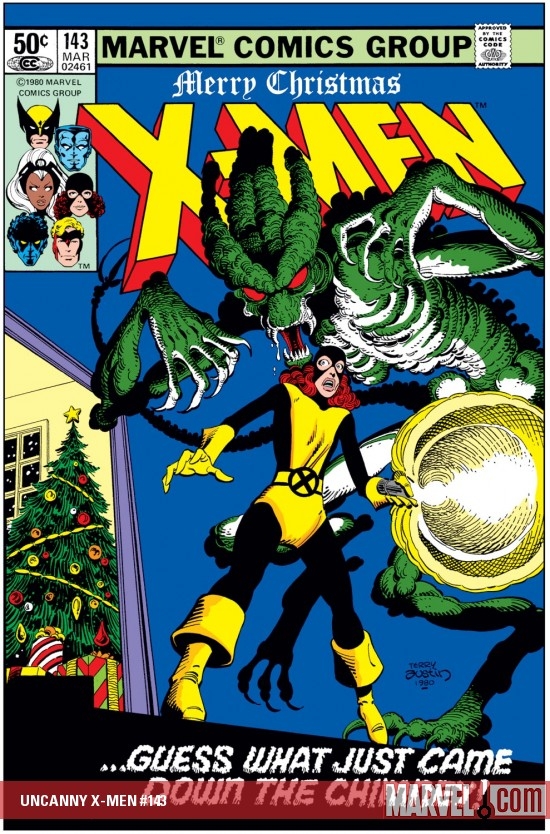 X-Men 143 is titled “Guess What Just Came Down For Christmas”. It’s an issue that has some old technology, an evil alien, and Christmas. Though the story is interesting, ideas underlying this issue seem like western propaganda.

To begin, the story revolves around new X-Men Kitty Pryor. She’s left alone on Christmas at the X-Men mansion. While alone, Kitty runs into a scary alien.

X-Men 143 portrays aliens as evil. This alien is speculated to come from another world. It comes from another place, time, and dimension; therefore, it must be killed. The writers see aliens as being destroyed.

In a previous time, the alien could only be portrayed as evil; however, this would have to be a time based on “sameness”. This was the case in the 1950-’60s, which society segregated minorities. However, this ideal of sameness was ending with the 1970s.

Today, aliens are seen as different. We have undocumented immigrants, which are often called “aliens”. These aliens have different values and beliefs. In an era of difference, aliens are portrayed as good.

X-Men 143 was written in a time of societal transition. It was written 20 years before the end of the sameness era. And it was written ten years into the difference era. The writers of this story were carrying old ways of viewing the world into a new era.

In conclusion, this issue is a good read for a number of reasons. It gives you a glimpse at old technology of the 1980s. Also, we learn how writers of this issue viewed aliens, which was not very nice. And we learn that all 1980s X-Men celebrated Christmas, which probably wasn’t true.