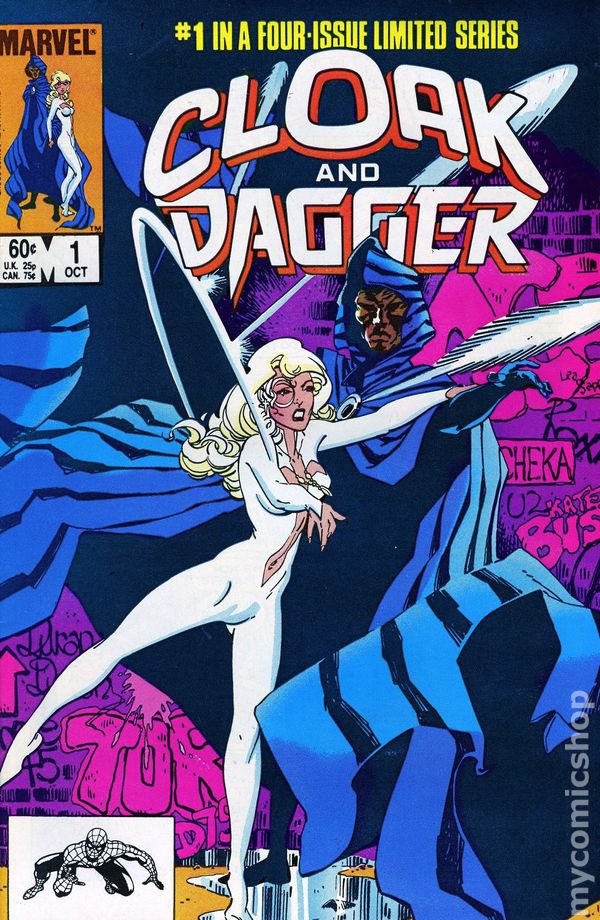 Cloak And Dagger (1983) is about superheros: Tyrone “Ty” Johnson (Cloak) and Tandy Bowen (Dagger). Tyrone was born in Boston and ran away after blaming himself for the death of a close friend, and Tandy is a privileged white girl who ran away from Shaker Heights, Ohio, because her mother never had time for her. Cloak has the power of darkness and Dagger has the power of light.

When living on the streets of gritty New York, Cloak and Dagger became human subjects. Evil drug dealers with backgrounds in developing drugs experimented on them. However, these drugs had unintended consequences and gave Cloak and Dagger powers.

Because they were runaways, Cloak and Dagger help runaways. In one example, they rescue two runaways from a gang. Runaways have a place in their hearts.

While it might of been nice, the story never delves into the cultural or class backgrounds of the main characters. It would of been interesting to see some of the conflicts in regards to different class interests. Also, there must of been different cultural values at play of the characters. Perhaps, that’s just too deep for a comic book.

When you start reading, the comic has a strong religious theme. After a few turns of the pages, you see a priest who wants to “save” people and you see people laughing and joking about it. There’s elements of redemption in this comic at play.

I wondered what Marxists would say about this story. They’d probably say, “The ruling class exploits the lower classes for their surplus labor value. They use religion to do it. They don’t want them to achieve class consciousness. They don’t want a revolution.” Actually, they’d never read this comic because it’s just giving the capitalists what they want by buying it.

Throughout this story, cops appear in this comic. However, they’re bad cops. For example, one cop says, “the filth around here ain’t worth your trouble” when talking to a Catholic priest. Later, another cop turns into a vigilante.

When first acquiring their powers, Cloak and Dagger started as vigilantes. They took the law into their own hands and hurt lots of people. When a cop catches up with them, she accuses Cloak and Dagger of contributing to the death of a person. However, later, this same cop becomes a vigilante too.

Interestingly, in the story, the prostitute looks like detective O’Reily. As a psychologist might say: Criminals and cops have similar personalities. Were the writers trying to suggest something?

Although one really has to look at the art in this story, Dagger and the runaway look similar when it comes to appearances. Dagger and the runaway both have blond hair and come from out of town. Certainly, both were young, naive, and didn’t know the dangers of a big city. Perhaps, the artist was suggesting superheros arise from bad experiences. The artists of this story did a good job of adding content without writing a word.

In accordance with the theme of this comic, the priest fits in vigilantism. He judges people in one scene, ‘Don’t you see, whatever your motives, no man has the right to set himself up as judge, jury, and executioner.’ However, Dagger call the priest out on his judging, ‘But you judge what is good and what is evil, father.’

That being said, the superheros, cops, and priest shouldn’t judge people. The superheros killed and hurt innocent people. The cop judges people and takes the law into her own hands and becomes a vigilante. Given the Catholic Church’s refusal to change and it’s mistakes, priests are in no position to preach Jesus’ teachings or judge people. Since the results of these people’s judgement are devastating, only God should judge and fallible people should follow.

Notably. Cloak and Dagger is coming to television. There are ten episodes which begin June 7, 2018, on ABC. Finally, this comic makes it on televisions across America.

In conclusion, I love the art of Terry Austin in this comic. Terry can make really gritty art work. That’s the main reason why I looked at it. 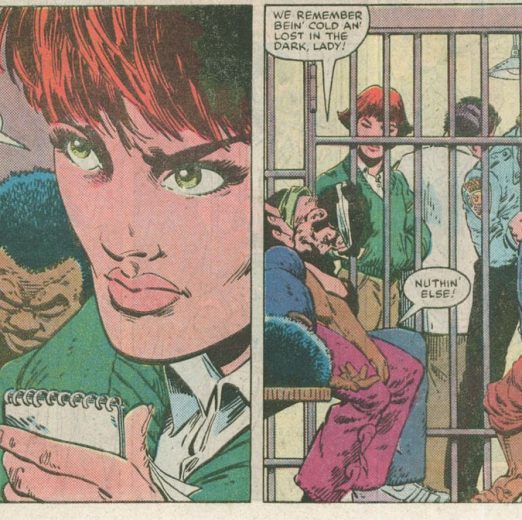 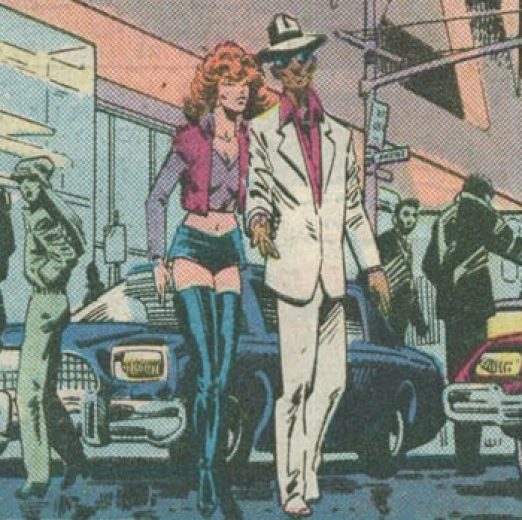 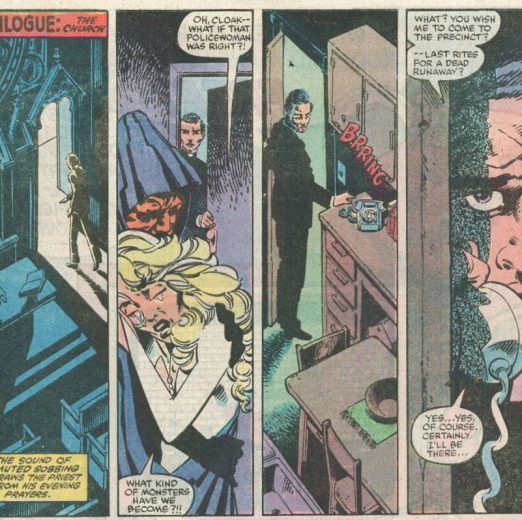 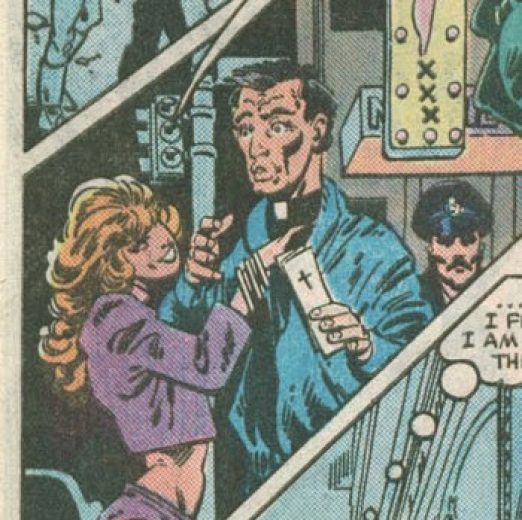 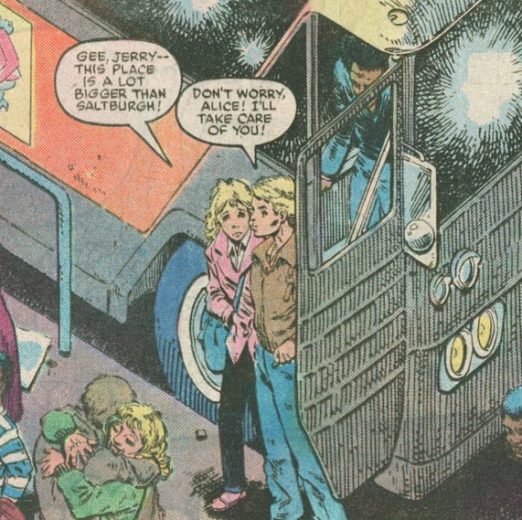 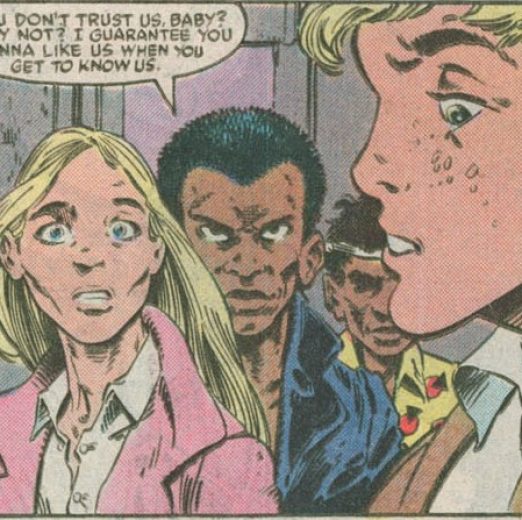 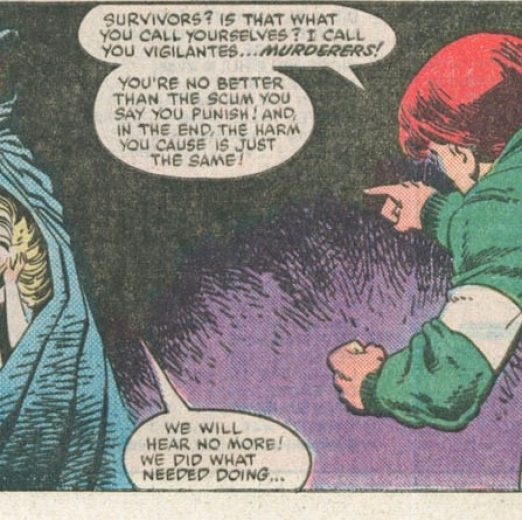