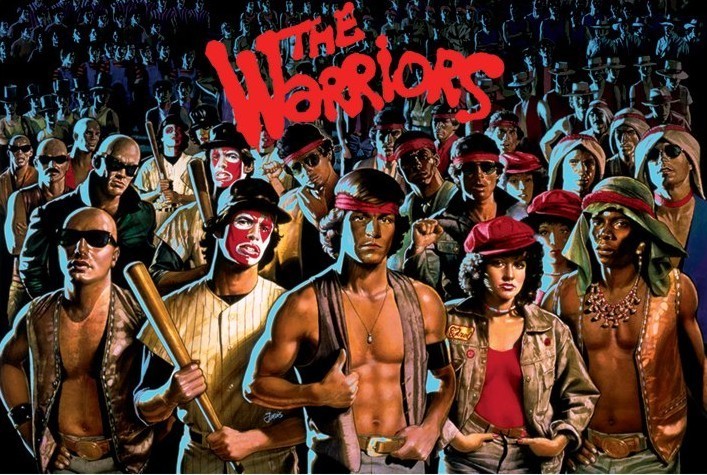 The gangs resembles branches of government. There are many gangs in the movie. Just like government, there are many factions, branches, special interest groups, and discreet and insular minorities. All these groups are ambitious, power hungry, and willing to fight.

The top gang “The Riffs” wants to make an alliance with the other gangs. They want to take over the city. They want power. The gangs got the numbers: over 100,000 members. They outnumber the police by five to one.

Until the Van Cortlandt park meeting, a peace treaty kept gangs in place. However, the treaty was broken with the shooting death of the Riff’s leader “Cyrus” who ruled by charismatic religious authority. Aside, this character is probably based on the bible’s King of Persia aka Cyrus the Great who conquered the city of Babylon. Anyways, the gangs went back to fighting each other.

The Warriors were framed for murder. A gang named “The Rogues” lied. Nevertheless, the people went by the word of the Rogues.

With the disappearance of the Warrior’s leader, Swan takes the leadership role. In the past, he was the military commander. Now, he must step up like a vice president.

It’s survival of the fittest in the movie. The Warriors must fight to get home. Also, Mercy wants to escape her poor neighborhood. She tags along with the Warriors in hopes of finding a way out of the city.

However, it’s not easy to get out of the city when gangs want to kill you. Throughout the movie, the Warriors are lucky and win battles. However, the Warriors and cornered and have to use a Molotov bomb to escape in one scene.

In the end, the Warriors make it home to Coney Island, New York. However, they’re not satisfied because they lost and fought so much to get back to a horrible situation. However, the sun is rising as they walk down the beach.