The Supreme Court held the following: The President doesn’t have an absolute executive privilege. Furthermore, it must be balanced against constitutional interests.

Essentially, Richard Nixon’s lawyers had to turn over the Watergate tapes. His lawyers failed to quash the subpoena. Now, Special prosecutor Leon Jaworski’s subpoena from the Federal court had to be obeyed. Basically, President Nixon couldn’t cite executive privilege.

Incidentally, this case was linked to the criminal trials of Watergate. Here, the court argued for the Fourth and Fifth Amendment rights of the accused. They needed the Watergate tapes to guarantee a right to a speedy trial for the accused.

As a matter of fact, President Richard Nixon was not charged as a defendant in Watergate criminal cases. Basically, he was only an “unindicted co-conspirator” in the Watergate cases.

The court said the President doesn’t have an absolute privilege in this case. However, Presidents do have a qualified privilege in regards to national security or some diplomatic problem where he can assert or quash the subpoena of a federal court.

Aside, this case points to why Presidents get pardons. Perhaps, some day a democratic prosecutor might come after President Trump. Maybe, charges may be laid under the Foreign Corruption Practices Act for his business dealings over seas. Like Nixon, President Trump may need protection from litigation.

In the end, United States v. Nixon was an important case. It said Presidents don’t have an absolute privilege under Article 2 of the Constitution. 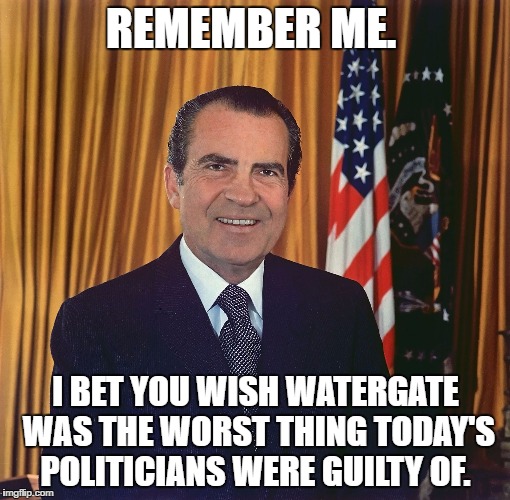