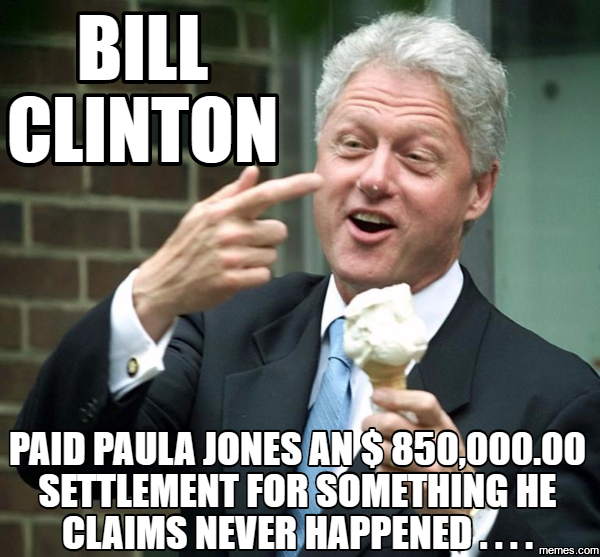 When it comes to scandals involving presidents, Clinton v. Jones (1997) said the President is subject to civil lawsuits for actions committed before he assumed the office of the President.

The facts in Clinton v. Paula Jones are interesting. As a result of sexual advances, retaliation, and punishment at the workplace, Paula Jones (Respondent) filed a civil lawsuit against President Clinton (Petitioner) for a sexual assault he made at a hotel when he was Governor of Arkansas. In response, Clinton filed motions asking the district court judge to dismiss the case because of his presidential immunity. Also, Clinton asked the judge to postpone the charges till after his presidency. However, the district court judge rejected the immunity defense, and the court said the lawsuit would have to wait till the end of the presidency. The Supreme Court agreed to hear the case on appeal.

Now, here’s the issue of the whole case: Can the president be sued for actions taken before his office of presidency?

This case established the following rule: When dealing with the constitution, the president doesn’t have immunity from lawsuits based on events that happened before he took office as President.

The Supreme Court was direct about their decision. They said, “The Constitution does not protect the President from civil litigation involving actions committed before he entered office.”

In regards to the holding of the case, Justice Breyer concurred with the majority. He talked about the effect of a lawsuit on the president’s duties: “[lawsuits] would have the serious effect of diverting the attention of President from his executive duties since defending a lawsuit today-even a lawsuit ultimately found to be frivolous-often requires significant expenditures of time and money.” Justice Breyer said presidential immunity only becomes a factor if the lawsuit interferes with the president’s official duties.

Ironically, Justice Stevens believed impeachment would never happen. He said, “In the more than 200-year history of the Republic, only three sitting presidents have been subjected to suits for their private actions…If the past is any indicator, it seems unlikely that a deluge of such litigation will ever engulf the presidency.” Justice Stevens became famous for this wrong prediction.

Overall, Clinton v. Jones is interesting because it deals with presidents being sued for actions before taking office. This case provides the rule that presidents don’t have temporary immunity while in office. Indeed, it shows how presidents like Donald Trump can be sued while in presidential office. Finally, the case shows presidents are not above the law.