When it comes to the Constitution’s Taxing and Spending Power, South Dakota v. Dole (1987) gives Congress the power to withhold funds to states.

Before the Supreme Court, here’s the issue in Dole: Can Congress withhold highway funds if states do not adopt the uniform 21-year-old drinking age?

This case set the following rule: Under the Taxing and Spending power clause of the constitution, Congress’ non-coercive financial incentives are constitutional on states.

Justice Sandra Day O’Connor had an interesting dissent. First, O’Connor said states have their own power to set the state drinking age under the 21 Amendment (omitted from some law books). Second, she said this law wasn’t a condition because Congress is actually regulating the state’s drinking age. Third, she said this law is too coercive for states. Essentially, O’Connor was skeptical of federal power in her dissent.

To date, the Supreme Court hasn’t taken up the issue of a crossed line on spending power cases. In McCulloch v. Maryland, over a 198 years ago, Justice John Marshall suggested that there might be a limit that’s not consistent with the spirit of the constitution. Furthermore, NFIB v. Sebelius said a law that intrudes on a state’s sovereignty isn’t proper. Nevertheless, in Dole, the court punted on where a line is drawn.

In the end, Dole said Congress can withhold funds to states because it’s constitutional under the Taxing and Spending power. However, South Dakota v. Dole begs the following question: When does withholding state funds become too coercive? Currently, this issue is live before the Supreme Court in the sanctuary city cases. 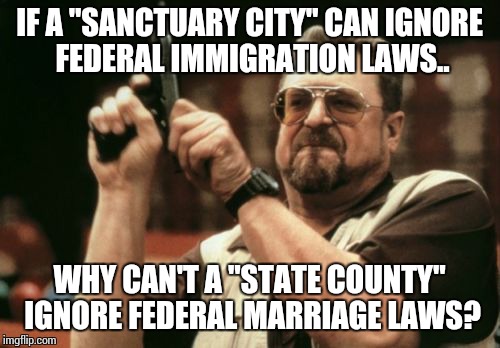