During the Bush administration, Gonzales v. Raich (2005) criminalized locally grown marijuana even though states approved it for medicinal purposes.

To begin, here’s the facts of Gonzales v. Raich. In 1996, the voters of California passed Proposition 215, which legalized medical marijuana. That being said, Raich followed state law in regards to locally grown marijuana, but violated federal DEA laws, which made marijuana illegal. Raich (Defendant) sued the AG Gonzales (Petitioner), arguing Congress exceeded their power under the commerce clause to legislate the behavior of a local citizen smoking weed in their home.

Here’s the issue before the Supreme Court: Can Congress pursuant to the commerce clause regulate homegrown medical marijuana smoked in a person’s home?

In the majority opinion, Justice Scalia discussed the commerce and elastic clause. He said, “Unlike the power to regulate activities that have a substantial effect on interstate commerce, the power to enact laws enabling effective regulation of interstate commerce can only be exercised in conjunction with congressional regulation of an interstate market, and it extends only to those measures necessary to make the interstate regulation effective.” Scalia said the necessary and proper clause can be used with the commerce clause to regulate a nation wide marijuana scheme.

In dissent, Justice Thomas argued against a Federal general police power. He said, “Respondents Diane Monson and Angel Raich use marijuana that has never been bought or sold, that has never crossed state lines, and that has had no demonstrable effect on the national market for marijuana. If Congress can regulate this under the Commerce Clause, then it can regulate virtually anything.” Thomas argues a federal general police power isn’t one of the enumerated powers under article 1, section 8, of the constitution.

Interestingly, the Obama administration passed the Cole memo in regards to marijuana use in 2013. The Cole memo outlined priorities for federal prosecutors operating in states which had legalized medical and other uses of marijuana. Basically, the prosecutors weren’t going to go after people for simple possession of marijuana.

However, the Donald Trump administration is taking a different approach to marijuana in 2017. Attorney General Jeff Sessions plans to enforce marijuana use with the “Task Force on Crime Reduction and Public Safety.” The task force’s report outlines tougher sentences for growing, selling, and smoking marijuana. 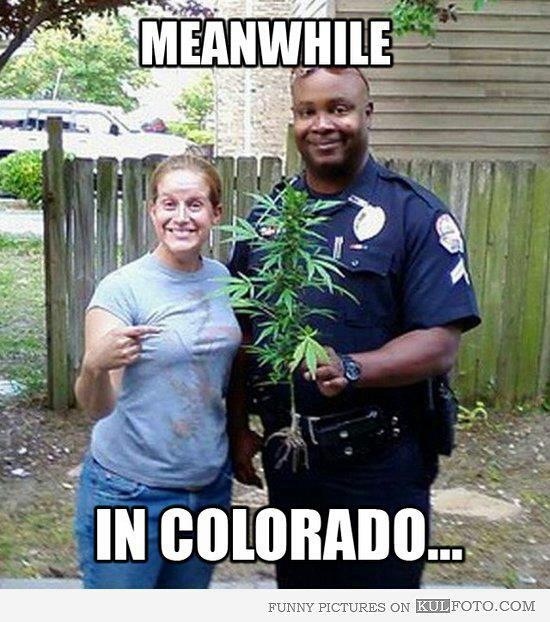