“Morgan” by Ridley Scott is about clandestine research of multinational corporations. It points to bio-engineering research. This type of research tends to be carried out in remotes areas. Mainly, it’s research funded by the private sector.

That being said, the research subject (Morgan) seems similar to an undocumented immigrant. She lacks citizenship or any kind of legal rights. Morgan is outside of society; furthermore, she’s outside of the law, and Morgan is referred to an “It”. Morgan sleeps on a mattress on the floor. She’s practically a captive slave.

Though not a test tube baby, Morgan was bio-engineered in laboratory. Basically, she the result of synthetic DNA introduced into human DNA. As a result, she grew and matured faster than humans. Although not a human, she looks human; however, she has heightened senses and strength unlike humans. Essentially, she’s a super soldier.

Eventually, Morgan snaps when punished. She attacks her caregiver. She disfigures the caregiver. Later, she kills a psychiatrist evaluating her by biting a piece of his neck off. In due course, she goes on a killing spree.

Additionally, this movie explores issues of precognition and telekinesis connected to bio-engineering. We see Morgan moves objects with her mind when confronted by the psychiatrist. Also, she is able to read the mind of the psychiatrist. Today, many people believe this type of research is being conducted.

Interestingly, the movie points to problems with these clandestine organizations. First, they lack rules or federal judicial oversight. Second, they are able to skirt the laws of countries. Moreover, nobody seems to be monitoring them. Finally, there’s one big problem about these clandestine organizations: The research subjects are walking around in society and we don’t know it.

Further, all these multinational corporations seem to be run by privileged old white men. At the end, we see two white men reviewing Morgan’s case. They conclude Morgan a failure and return to the earlier research of Lee Winters. Plus, in passing, they briefly mention the cost of human collateral damage. This movie suggests that old white men have been granted some special privilege to carry out this type of research. 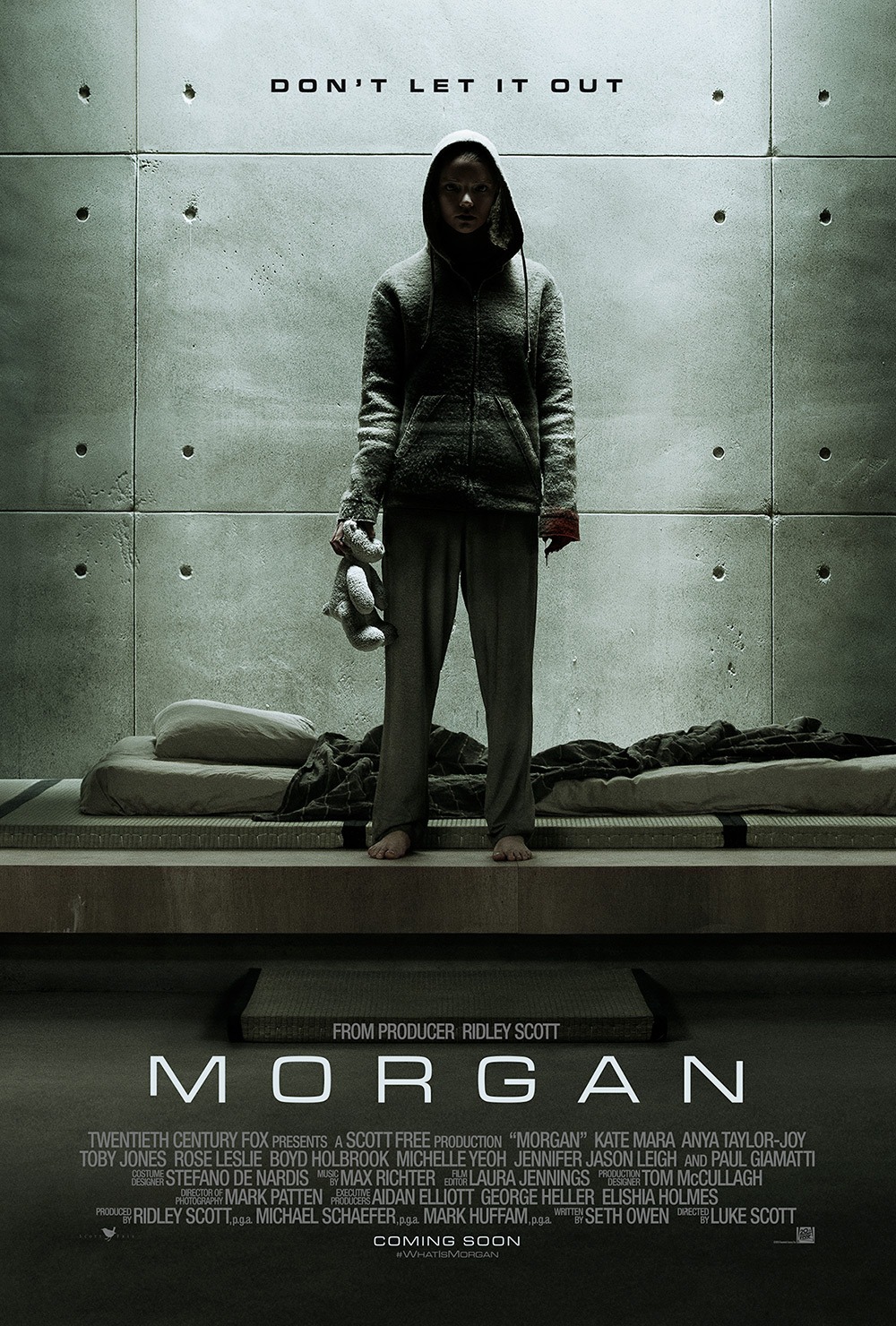